Archive for the category “Empty Threats”

From what I can gather from his fire and fury comments, unlikely to have originated from him considering his lack of any interest in anything besides his inflated ego and their eerie resemblance to Harry Truman’s after dropping the bomb on Hiroshima, Trump finds it necessary to show the North Korean how strong he is.

Maybe it’s only a matter of time before pictures of him like this appear: 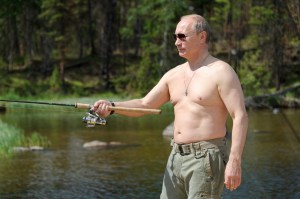 His supposedly great negotiation skills all seem to consist of making threats, many if not all of which seem to be empty.